Edit
watch 02:52
Roblox: DeepWoken - The Loop
Do you like this video?
Play Sound

Operation Solo Furnace is the second mission of the Iron Wrath expansion for Tom Clancy's Rainbow Six 3: Raven Shield. The custom mission name of the map is Nuclear Reactor

Armed men entered the largest nuclear reactor in Bulgaria, to obtain nuclear fuel. The reactor was decommissioned two years ago, but the government never got all of the fuel safely secured away from the perimeter. Rainbow has to stop these terrorists from harboring this fuel at all costs.

Terrorists have been interrupted in an attempt to steal nuclear fuel from a decommissioned reactor in Kozloduy, Bulgaria. They have overpowered the guards on site, but been contained by the arrival of Bulgarian security forces. The terrorists must not be able to escape with the fuel rods. Your mission is to enter the nuclear facility and eliminate the terrorists, thus securing the fissionable materials.

John Clark - It looks like our Bulgarian stay is lasting longer than we anticipated. There's been a break-in at a nuclear power plant that was in the process of being shut down. Most of the staff was gone, but the nuclear fuel was still there, and that's what the intruders are after.

The Bulgarian authorities are shifting their resources to protecting their other nuclear sites and leaving this one to us. Apparently, they were impressed by your work in downtown Sofia, and wanted to make sure they got the best for a situation this delicate.

The terrorists are aware they've been spotted and are moving fast, so we need to work quickly to keep them from getting away. I don't want any of them to leave the power plant's site, with or without fissionable materials. The transportation they were going to use to move the uranium's been disabled, but that doesn't mean we can get overconfident. Sweep in from the perimeter and work toward the Uranium pools. That's where they'll most likely make their last stand.

Kevin Sweeney - Things have suddenly gotten very interesting, and I don't mean in a good way. Some of the fellows from the university operation have given us some useful information about a very disturbing topic. One of the hang-ups on Bulgaria joining the EU was the fact that their nuclear reactors aren't exactly the model of safe, clean efficiency. For years, the Bulgarians resisted shutting them down, but they've had enough carrots dangled in front of them to make it worth their while. So one by one, they've been shutting the doors and starting work on new ones. The last in the sequence is the fission reactor at Kozloduy. It's also the largest reactor they've got, and it's the biggest pile of fissionable materials sitting in the middle of the core.

What our friends from Sofia let slip is that they'd been in negotiations to sign on with a new lot, one with its eyes on the U-235 prize. The hit on Kozloduy was a beautiful piece of planning. They breached the plant's perimeter after the pile had been locked down and packed up, but before the second round of security arrived.

So where does that leave us? With a band of highly organized, well armed nuclear opportunists pinned on the site at Kozloduy. The Bulgarian police have done a nice job of setting up a perimeter so no one's getting out, but unfortunately, that mean we still have to go in.

KOZLODUY, BULGARIA (United News International) - Bulgarian army special forces responded to an alert this morning at a decommissioned nuclear power plant. Details on the operation are as yet unclear, but according to eyewitness reports, several men entered the facility without authorization. After several requests to leave were ignored, army forces extracted the men, several of whom were removed on stretchers.

The Kozloduy nuclear complex is Bulgaria's largest. It was decomissioned two years ago as part of Bulgaria's efforts to comply with EU nuclear regulatory statutes, though the Bulgarian government has not yet removed all of the nuclear fuel from the site. A spokesman for the Bulgarian government issued a statement thanking the armed forces for their speedy response, and pointing to the incident as Bulgaria's commitment to nuclear security.

A picture overview of the power plant in Kozloduy, Bulgaria. 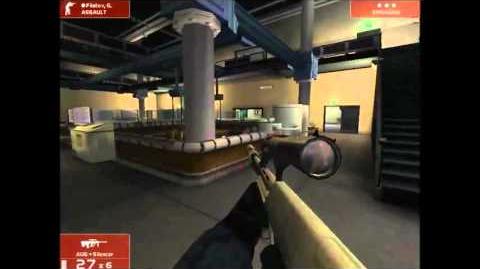