The multiplayer version of the level is Thai Hospital.

Terrorists have taken control of a Hospital in Pattaya, Thailand and are threatening to execute their hostages one by one if their demands are not met. Your mission is two-fold. First, you must intercept a communication link from the terrorists to their home base before they have a chance to break the connection. Second, you must eliminate the terrorists and liberate the hospital.

John Clark - The Intel team is just now catching up with our real enemy's maneuvers. It seems he has been one step ahead of us the whole time. We may be able to locate The Copycat - that's the name Intel's been using for the figure behind the assaults - if we can pull the connection data from one of the mobile communication units the terrorists use to contact him. Our targets will break the connection at the first sign of hostilities, so the team going after the device must be as stealthy as possible. Gunplay will alert the terrorists, and they'll likely sever the link your step.

The Thai government has expressed a wish that Rainbow handle this operation, perhaps because there are still repercussions from the 2000 hospital seizure in Ratchaburi that this assault is clearly modeled upon. Furthermore, the top of the terrorists' list of demands is that the Thai government turn over a pair of officials implicated in some of the recent violent crackdowns on protesters, and they don't want to get anywhere near that situation.

Kevin Sweeney - We have learned from Kautingu Safaniya, the captured leader from the Nigerian mission, that there is in fact one man orchestrating all of these terrorists reenactments. Our target calls himself "The Copycat", and he supplied Safaniya with arms and cash to perform a very specific task. Safaniya was paid handsomely to capture the peacekeeper convoy and hold the hostages at his camp until further instruction. He was also told to expect Rainbow intervention. Safaniya also claims that he was told that his people could keep anything they managed to capture, either from the UN Peacekeepers or from downed Rainbow team members. Apparently the Copycat didn't care about the hostages or the loot; he just test Rainbow, and perhaps to expose it.

Safaniya also informed us that Copycat communicates with his hired mercenaries prior to every attack through a mobile communications unit. The terrorists deactivate the communicator at the first sign of assault and the connection is lost. The mobile unit will have to be intercepted while still active so that we can trace the signal back to its source.

A stealth team must enter the hospital through the roof and reach the terrorist carrying the mobile unit without alerting him. The location of the unit is indicated on the map. Any team member may retrieve the signal information from the digital interface next to the unit. A team member with an electronics kit will be able to do this in less time. The hostages are scattered throughout the hospital. Rounding them all up and extracting them may be difficult.

PATTAYA, THAILAND (United News International) - The International Red Cross today announced that it would be assisting in the effort to rebuild the hospital in Pattaya, Thailand that was recently damaged in an incident of international terrorism. Speaking in front of the still-closed hospital, Red Cross spokeswoman Shannon McElhone pledged the organization's support to restoring and improving the hospital, "to show that there are forces more powerful than terror in the world." Thai government forces liberated the hospital is a bitter firefight three days ago, rescuing patients and hospital staff who had been taken as hostages. The hospital itself was badly damaged during the fighting, and the Thai government had estimated that it would take almost six months to fully repair, re-equip and re-staff the hospital in the wake of the incident. 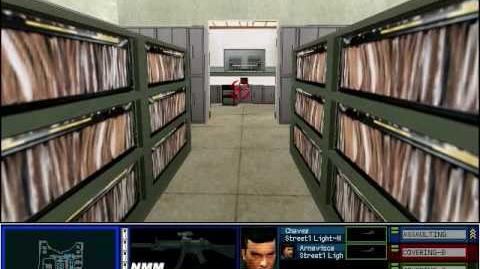