Terrorists have seized control of an oil refinery in Amuay, Venezuela. They claim to have rigged the entire complex with explosives and are threatening to detonate them unless their demands are met. Your mission is to neutralize the terrorists.

John Clark - The terrorists are demanding the end of deportation proceedings against a senior citizen named Peja Sicic. It turns out that Mr. Sicic was a high-ranking official in the Yugoslavian Ustache regime during World War II, working for the bad guys. That piece of his past just caught up with him. However, members of a neo-fascist organization called the People's Social Nationalist Party (PSNP) don't see anything wrong in what he did back in the forties. They've seized the refinery in response to the deportation hearings, and if Sicic isn't released within twenty-four hours they threaten to blow the entire facility sky-high.

All the information we have on the terrorists indicates that the're neither well-organized nor well-armed. Intel's analysis is that their bombs are most likely home-made, which means that there's a chance that they could go off at any moment and take the surrounding landscape with them.

Kevin Sweeney - What we are dealing with here is a lot of bloody dangerous amateurs sitting on top of a powder keg. These lads are affiliated with the so-called People's Social Nationalist Party, which got itself booted from the far right coalition for being too extremist. Neat trick, that. They've had a number of scraps with the police, usually after seven or eight of them get together to introduce an immigrant to the finer points of a mass beating.

Nothing in their profile indicates that they're well-organized or well-supported, so you can most likely expect a lot of small caliber arms. They're erratic, politically fanatical and by all accounts, not that bright. Right now, they're sticking explosives all over a few million barrels of crude oil and gasoline, and they don't seem to care if they get incinerated, so long as they get their point across.

Your mission is to neutralize the terrorists and prevent them from arming their bombs. Expect heavy resistance at the back entrance, main control room and main machine room. Keep your eyes open for shooters on catwalks and overlooking open areas. Intelligence reports approximately 25 tangos on the premises.

VENEZUELA (United News International) - A potential environmental catastrophe was prevented this morning in Amuay, Venezuela, when elite troops ended a nine-hour stand-off with terrorists at an oil refinery. The soldiers stormed the refinery site just after dark, killing or capturing all of the terrorists. Army spokesman Diego Abreau noted in his remarks to the press that the operation was considered a tremendous success, despite the damage done to the refinery complex when one of the terrorists' bombs inadvertently went off during the shooting.

The terrorists had seized the refinery earlier in the day, overpowering security personnel and forcibly evacuating the site's workers. In subsequent conversations with police, the informed authorities that they had set up explosives around the complex that they would not hesitate to trigger if their demands were not met. Those demands included the release of a man named Peja Sicic, an elderly resident of Caracas against whom the Venezuelan government has recently begun deportation hearings. Sicic stands accused of war crimes dating back to his suspected involvement in the Yugoslavian Ustache regime during the Second World War. Sicic's lawyers had no comment on the events in Amuay. 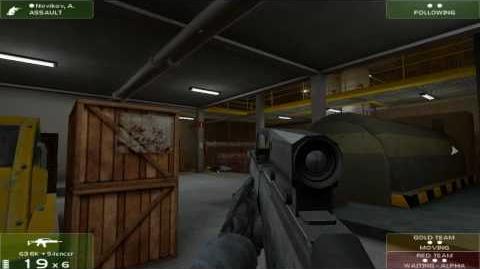