Operation Temple Gate is the twelfth mission in Tom Clancy's Rainbow Six: Rogue Spear. The multiplayer version of the level is Opera House.

Terrorists have stormed the Opera House in Prague during a command performance. The Czech president has been taken hostage, along with several prominent diplomats. Your mission is to liberate the hostages with minimal loss of life.

John Clark - This is Vezirzade's payback for the strike on his dacha. The group that's holding the building is a smorgasbord of his terrorist underground: neo-Marxists, Basque separatists, Islamic fundamentalists. The cost to set up an operation like this must have been staggering.

We're monitoring the bugs you left behind in Kutkin's spa, but we haven't gotten anything useful yet.

Susan Holt - President Hasek has been pushing the recent Czech crackdown on organized crime - that's probably how he got on Vezirzade's hit list. They're demanding the release of virtually every terrorist arrested over the last five years as well as the delivery of a huge cache of weapons. There's no chance of these demands being met and Vezirzade's knows it. He's just showing us that despite our best efforts he can strike when and where he pleases.

Luckily we've been able to establish heartbeat surveillance, so we've got accurate positions for both the hostiles and the friendlies. The hostages are in a very vulnerable position - they're being held right in the middle of the stage, exposed to potential gunfire from every direction. The terrorists are escorting them one at a time to the bathrooms, so be sure you don't miss anyone when you initiate the takedown.

PRAGUE, CZECH REPUBLIC (United News International) - The special operations unit of the Prague police force stormed the Antoninum Opera House today, bringing to an end a tense three-day stand-off. The president of the Czech Republic and several foreign dignitaries has been held hostage in the opera house since Thursday evening when a group of terrorists seized the building during a command performance of famed tenor Mitchell Morris. According to a government spokesman President Hasek is shaken by his ordeal, but unharmed. Three other hostages, however, were executed shortly before the police stormed the building in what authorities are calling one of the most vicious terrorist attacks in recent history. The motivation for the attack is still unknown, but experts have suggested that it may be connect to the Czech government's recent crackdown on organized crime. 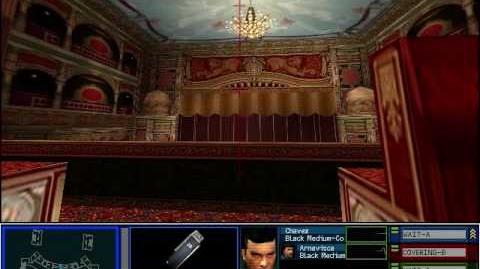 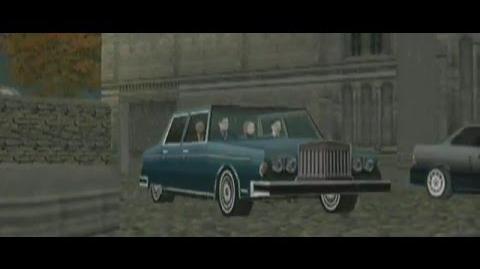