Edit
watch 02:58
No Man's Sky Update - The Loop
Do you like this video?
Play Sound
For the mission in the PC version of Lockdown, see Docks (Lockdown).

Operation Tower Shark is the fourth mission of the Iron Wrath expansion for Tom Clancy's Rainbow Six 3: Raven Shield. The custom mission name of the level is Docks.

After Rainbow successfully took down a terrorist training site in Mirola, Poland, new evidence arrived pointing to a warehouse in Constanta, Romania. As it turns out, more scientists and engineers are being taken hostage here, so Rainbow must rescue these hostages and neutralize anyone trying to stop them.

Information seized in Mirola has led to a warehouse on the docks at Constanta, Romania. It is Intel's belief that more scientists and engineers with the expertise to build nuclear devices are being held there. Your mission is to liberate the hostages and shut down the smuggling ring that is holding them prisoner.

John Clark - Good work in Poland, people. The Polish authorities have moved in and shut the training operation down permanently. The terrorists who ran that camp also have a smuggling ring operating out of Romania, and that needs to be shut down before they move anything important out of reach.

Intel has pinned down the dock that they're using. We've been doing surveillance on the site, and it looks like they're holding some more hostages inside a warehouse. That's where most of the tangos spend their time. The rest either rotate in shifts through the warehouse or help load a cargo ship docked nearby. The ship, at least, looks like it's empty, so you won't have to go chasing kidnappers through the cargo hold. Recon of the site shows that it's heavily defended, and intercepted phone calls out of the site indicate that they'll kill the prisoners rather than let them go.

According to the harbormaster, they're scheduled for departure late tonight, presumably with the hostages on board. We're not going to let them get that far. First priority is rescuing the hostages, which is going to be tricky in that interior. We also need you to secure the computer on-site so that Intel can sift through it. It's important to make sure they don't destroy their records, or we won't have a hope in hell of tracking them down.

Kevin Sweeney - We're going through the materials recovered from that terrorist training facility in Poland, but it's slow going. Everything we've recovered so far is encrypted, so it's taking us some time to decipher all of what they're doing.

What we do have, however, is a line on the rest of the scientist-smuggling operation. We still don't know who's behind it, but we know where the physicists are going. They're being funneled across the Black Sea and into Central Asia to work on rogue nuclear projects for the highest bidder. Needless to say, that's not something we're very keen on.

The lone bit of good news in all this mess is that we know how the scientists are being transported. The latest batch is sitting in a warehouse on the docks in Constanta, Romania. As near as we can tell, Constanta is a bottleneck on the whole shipping operation, and if we can shut that down, we turn off the pipeline of nuclear expertise right now.

SOFIA CITY, BULGARIA (United News International) - Romanian police today executed a daring raid on a warehouse in the waterfront area of Constanta, smashing a drug-smuggling ring and freeing several men whom the criminals had been holding for ransom. Residents of the picturesque city, a common destination for tourists, watched as police led prisoners away single-file.

The men, believed to be Russian, were surprised by the lightning-fast police raid in the early hours. Police also seized vast quantities of material, much of which was trucked away in the aftermath of the arrests. The men who were rescued declined to be interviewed, and were taken to Constanta Central Municipal Hospital for observation. 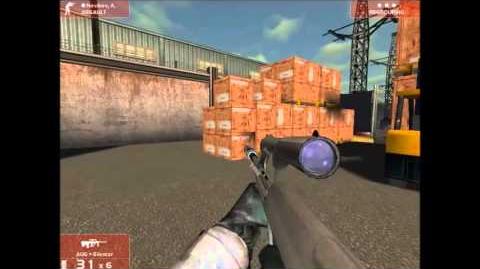