Edit
watch 02:30
Dead Cells Final DLC - The Loop
Do you like this video?
Play Sound
Not to be confused with the mission from Tom Clancy's Rainbow Six 3 (Console), Garage.

Operation Whisper Blade is the fourteenth mission in Tom Clancy's Rainbow Six 3: Raven Shield. The custom mission version of the level is Garage.

A garage near the Festas Junitas parade route in Rio de Janeiro must be stormed. It has been identified as the site where Gospic constructed the parade float from which he intended to disperse the blistering agent. Intel believes that Alvaro Gutierrez is on site, supervising the last details of the operation. Your mission is to secure the garage and capture Gutierrez.

John Clark - Intel has recovered the notebook kept by the Interpol agent who was killed on Cayman Brac. Among other things, it's got the address for a garage in Rio where Gospic's men have been building a parade float. It also has a schedule for where the float's going to be when along the parade route. We don't know where it is now, but we do know where the garage is. Even better, according to the notebook Gutierrez is still scheduled to be there. We can capture one rat, and he'll lead us to the other.

Most of the equipment should be out of the garage already, which means less cover for whatever resistance you do uncover. It also means there's less chance that the blistering agent might get set off accidentally during the shooting. The Brazilian government isn't terribly thrilled with our intervention in this matter, but they owe us one from Porto de Allegre. Besides, if Intel read that notebook right, we've got a matter of hours before everything hits the fan.

Kevin Sweeney - Right now Rio's in the middle of the Festas Juninas. It's a series of celebrations venerating a handful of saints, and it comes with the usual parade and whatnot. It also brings a lot of people into the city and onto the streets, especially along the parade route. That means there will be crowds in exactly the places we're going to need to look for Gospic.

Gospic has sponsored a float in the big parade the last few years. He's entered one again this year. Put two and two together and you confirm what that Interpol agent told us: he's using the float as a way to spread the blistering agent along the entire length of the parade route.

Your mission is to secure the garage and capture Gutierrez. Make your way through the garage area to the car dealership, but be careful. The place is crawling with Gutierrez's security personnel. Synchronize your assault on the upstairs conference room, where Gutierrez is suspected to be, to maximize your chance of success. Do NOT shoot Gutierrez. We need him alive.

RIO DE JANEIRO, BRAZIL (United News International) - A street brawl turned ugly in the streets of Rio de Janeiro this morning when police were called in to break up a fight that had upwards of twenty participants. The men, some of whom were apparently trying to sabotage a float for today's Festas Junitas parade, were taken into custody at a garage where a float had been prepared.

The festival, a celebration of several saints' holidays, draws hundreds of thousands of tourists to Rio, and police say they're stepping up efforts to make the city safe and peaceful for as the party lasts. "People get very enthusiastic about the parade," said Simon Melchor, a local resident who's been working on floats for the parade for over twenty years. "Sometimes you just get a little over-excited." 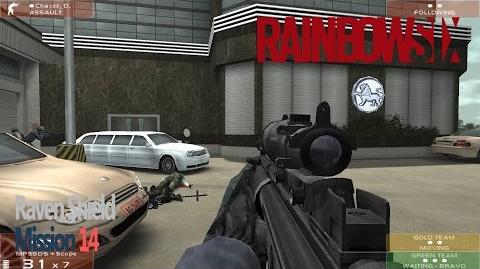