Edit
watch 04:03
Wiki Targeted (Games)
Do you like this video?
Play Sound
For the remake of the mission in Critical Hour, see Operation Zero Gambit (Critical Hour).

Prevent the terrorists from triggering a meltdown
Neutralize all terrorists

Operation Zero Gambit is the eighteenth and final mission in Tom Clancy's Rainbow Six: Rogue Spear. The multiplayer version of the level is Power Plant.

Maxim Kutkin and a small group of his followers have seized the Cherkasy Nuclear Power Plant in Ukraine. They are threatening to shut off its cooling system, triggering a reactor meltdown. Your mission is to retake the plant and neutralize the terrorists before they can initiate this event.

John Clark - Kutkin wasn't killed at the Moscow train yard after all. The body we thought was his actually belonged to one of his lieutenants. He's been issuing demands nonstop since his men stormed the plant twelve hours ago, but none of them make any sense. It's obvious that he's gone off the deep end.

If he carries out his threat we're talking a virtual rerun of Chernobyl - tens of thousands of square miles of Ukrainian countryside contaminated with radioactive waste. The cooling system can be shut down from either of two control rooms at opposite ends of the plant. You'll have to hit them both almost simultaneously. Good luck, and Godspeed.

Susan Holt - The situation is extremely delicate. Kutkin is a dead man and he knows it - the only thing he cares about is taking as many people as possible with him. If he gets even a hint that you're moving against him... bang! He'll pull the trigger.

Our thoughts and prayers will be with you. Take care, and... how does John put it...? "Watch your six."

There are two control rooms where the meltdown can be initiated - the locations of both are clearly marked on your map. Kutkin's men appear to have radios and are checking in with each other on a regular basis, so time your assault carefully not to tip them off. Some plant workers may still be in the area, so watch out for innocent bystanders. Be aware that interference from the generating equipment may disable your heartbeat sensors in some areas of the plant. 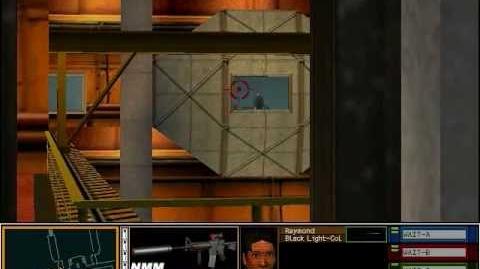 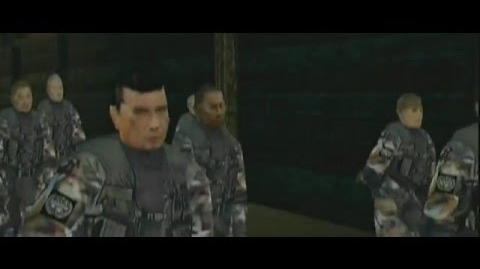