"My work keeps us one step ahead. The best that money can buy. Our agents may have their skill sets, but my designs? They give us the edge in the field. So that we can hit hard, and come back safe. Not a scratch."
— Osa

Born to the Janković family, owners of European toy stores, Anja traveled with her parents constantly, so she never felt stable until she moved in with her aunt in Croatia at the age of 6. She began her schooling there and learned the family trade of toymaking, all the while developing a near obsession for 60's science-fiction films.

She followed her passion for creation and technology and studied electromechanics at a vocational school, and then military engineering at the University of Zagreb where she excelled at robotics engineering. She found herself isolated due to her unorthodox approach and others' attitudes towards her transition, so she focused on her work. Her unique perspective and raw creative ability set her apart from her peers and got her the attention of Kali, who was in the country looking for recruits. An offer followed, and Janković joined Nighthaven.

The company's success can be largely credited to Osa's inventions and her field work. Her efficiency and the versatility of her arsenal have given them an edge in every recorded operation, and by proving herself to be a dedicated and reliable asset she earned the choice position of the head of Nighthaven's R&D division, Quantum Concepts & Robotics.

During the late 2010s, Janković was responsible for developing specialized equipment for several notable Nighthaven operatives such as Ngũgĩ "Wamai" Furaha's Mag-Net Systems. One night, Osa was working on a military drone with a Nighthaven engineer named Phil. She told him about her favorite film, the Empress of the Plutomatons and was in disbelief that he hadn’t seen it yet. She then insisted that she would bring him a copy of the movie the next day and asserted that she was making it mandatory for all of her team members to watch it. She then sent Phil home for the night and was reassured that he had deactivated the drone's targeting system. Shortly afterwards, however, Osa activated the drone and discovered that its targeting system was still active as it started firing at several Nighthaven guards. She then ordered the remaining guards to stand down and entered the room. With her Talon 1 prototype, Osa managed to disable it by lodging the device into the drone's head.

The next day, Phil walked into the building and began praising Osa's favorite film when he noticed the damage caused by the drone. Phil was relieved that Osa was okay and asked about the guards. Osa told him they were fine as she was the one who built their armor. Phil apologized, swearing he had turned the targeting system off but was cut off by Osa who showed him a blueprint of the Talon 2. She then told him he could keep his job if he built it and to check the Talon 1, which was still lodged in the drone's head, for reference. After several revisions, Osa eventually created the Talon 8 Clear Shield.

After several of Nighthaven's operatives were recruited into Rainbow in late 2019, Kali ensured that Janković's inventions could not be evaluated. She also had lawyers issue cease and desist letters to enforce this. Following the recruitment of Håvard "Ace" Haugland and Apha "Aruni" Tawanroong into Nighthaven, Osa developed the S.E.L.M.A. Aqua Breacher for the former and specialized prosthetics for the latter.

In late 2020, Janković developed the Masterframe Prototype I for use by Kali. This lightweight suit was rated to absorb or deflect most conventional high-caliber rounds. It also increased reaction time, reduced muscle strain, and was sealed against the majority of biological and chemical weapons. Kali then wore this suit at the final match of Six Invitational 2021 which helped her team win the competition.

Following Kali’s physical confrontation with Eliza "Ash" Cohen at the end of the Invitational, Kali convinced Harry Pandey to recruit Janković into Rainbow as a team leader a few months later in 2021. This was part of a bigger plan to recruit Rainbow operatives into Nighthaven Part of this plan involved making Rainbow feel at home by allowing several of their operatives to visit Nighthaven's R&D facility to test out their equipment.

After letting Monika "IQ" Weiss try out a new tracking system, Janković left the area and was noticed by Håvard "Ace" Haugland. Ace hopped into her vehicle and asked if he could borrow one of her inventions for a photo to post on social media. Janković refused, citing how expensive they were, prompting Ace to ask why Rainbow was allowed to test them. Janković told him that Rainbow would pay for any broken equipment and that it was part of Kali's plan to make them feel at home. This led Ace to ask her what Kali's "big plan" was as he felt he had a right to know due to his part in constructing the R&D facility. Janković refused to tell him anything and told him he should focus more on winning the upcoming Invitational instead of showing off to Nighthaven's senior physicist. She then tricked Ace into taking an embarrassing photo and threatened to make it go viral if he continued bugging her staff. As Ace pleaded with Janković, she received a message from Kali saying she was needed in Greece as they were "moving forward" with their plan.

In Greece, Janković was snooping through Rainbow's R&D lab when she was caught by Sam "Zero" Fisher. Janković claimed to just be reviewing the standard equipment but Fisher remained unconvinced, calling her a lousy liar. He begins to speak again, saying “If Kali thinks that she can-“ but Janković cuts him off mid-sentence by saying he doesn’t know them and that he can say anything about her but not to insult Kali. In early 2022, she and her fellow Nighthaven operatives were placed on Team Kali for the Six Invitational. At the conclusion of the event, Kali officially cut ties with Rainbow and managed to recruit all of the Rainbow operatives on their team into Nighthaven. Janković and the other Nighthaven operatives supported Kali's decision and left the organization as well.

Specialist Anja “Osa” Janković didn’t shy away from letting me know that speaking to me about personal matters was a professional courtesy; she always has work to get back to, and time with me is more of a distraction than anything else. […]

In all matters, she is grounded by the meticulous precision that her aunt taught her yet driven by a sense of wonder. She attributes this to her favorite childhood movie, Empress of the Plutomatons (1967). As I understand, it was filled with futuristic technology and colorful imagery, and was ahead of its time in the presentation of a strong female protagonist. It’s easy to see the trajectory between that little girl, wonderstruck by robots and spaceships, and the genius that she is today.

Her creations are more than their function, to her at least. She walked me through the process of developing Wamai’s Mag-NET Systems, from idea to working prototype. Before she even thinks about materials and calculates the physics of a device, she draws it out with a specific aesthetic and color palette in mind. Aruni’s prosthetics, Kali’s Masterframe outfit, Ace’s Breachers… they’re more than just equipment, they’re art pieces. […]

She credits her success in equal parts to her natural talent and the affection of her loved ones. In both her career and her transition, she could always count on the support of her older brother, her aunt, and Kali. She writes to her family from every corner of the world where her work sends her and she describes her bond with Kali, her “boss”, as an unbreakable sisterhood built on mutual respect.

With Nighthaven, she found agency and merit, as well as a circle of friends with whom she could be herself. Despite her disregard for my work, I expressed hope that she would eventually come to trust me as she does them. I also asked if I could borrow a copy of Empress of the Plutomatons; it sounds like a lot of fun. And who knows? I might learn a thing or two.

There’s not much I can pull about Kali’s plans through the channels you gave me, but I thought you’d want to know about a big player who’s already on the field. Nighthaven’s technology has always been its edge, and they have one person to thank for that.

Anja “Osa” Janković, trained in electromechanics, military engineering and robotics genius. Recruited into Nighthaven right out of university, founded their R&D department called “Quantum Concepts & Robotics”, trained in field operations by Kali herself. Boss lady doesn’t mention her much, so I got Ace to talk.

According to him, Kali and Osa tell each other everything. Kali is very protective of her, and not just because she’s her “golden goose”. Best friends, business partners, however you want to describe it. There’s a lot there that Harry could get at.

I looked at the tech that our Nighthaven specialists use, and they all share a signature – even after modifications, I can tell these are Osa’s prototypes. She probably made that gear Kali pulled out at the Invitational, the outfit you told me about.

Now that she’s a team captain, I’m not surprised that Kali would bring in one of her own people. I’m surprised Osa is the one, though. She has the skills and the experience, but I thought someone like Kali would keep an asset like her away from the line of fire.

Speaking of which, the device she’s bringing is sure to play on lines of fire. A clear shield with mechanical claws that digs itself into surfaces and frames? Its defensive capabilities designed for offensive missions might make Mira jealous that she didn’t think of that first. Still, I’m not seeing anything yet that suggests Nighthaven is trouble.

Maybe you misjudged, Ash. Maybe Kali is just more human than you expected. Maybe she just doesn’t play by the rules, and you don’t know what to do with that. Check with Harry after his assessment. I’ll keep digging."

Osa's Unique Gadget is the Talon-8 Clear Shield, a rectangular shield made of bulletproof, transparent material. Osa can carry a shield to defend herself, or can deploy the shield on floors, doorways, and windows, providing defense for Attackers while maintaining line of sight on Defenders.

"The transparent and bulletproof Talon-8 Shield can be carried by Osa or deployed on floors or window frames, giving her a protective line of sight while she formulates an attack strategy."
— Mira

The transparent and bulletproof Talon-8 Shield can be carried by Osa or deployed on floors or window frames, giving her a protective line of sight while she formulates an attack strategy.

I'm not sure why Mira wanted a second opinion on the Talon-8; stellar, and her designs have been a staple in The Program ever since Nighthaven's arrival. Still, I was excited to get my hands on another great piece of equipment.

(Comment E. Álvarez: Just making sure I didn't miss anything. Kali made it sound like Janković is above evaluation. Mira.)

Knowing the versatility of Osa's gadgets, I'm not surprised by this one's performance level. can't overstate the importance of being able to set up defensive positions anywhere. This shield's ability to adapt to any space without blocking lines of sight will be an asset in all operations.

The composition makes it lighter and quicker to deploy, while the mechanical claws ensure it stays wherever you place it - even on a window ledge. The clear bulletproof glass is the icing on the cake kind of makes me wish I had one of these.

(Comment E. Álvarez: Design is both impressive and appealing. No modifications needed. Mira.) 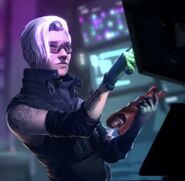 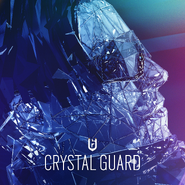 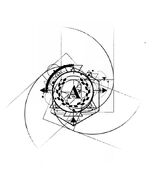 Osa in the main menu screen.

Osa armed with a PDW9. 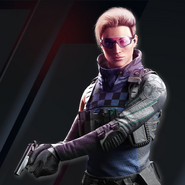