"Set in Australia’s Red Heart, this map is an homage to all the dusty service stations and motels that populate the forgotten highways of the continent, places filled with hardworking locals and specialty menu items you’ll find nowhere else."
— Ubisoft Description

The map was reworked in the High Calibre expansion.

The rework to Outback is small, there have been noticeable changes made to the map. These changes were made to help improve balancing and player comfort. The exterior of the map has been modified to allow Attacker to create and execute more effective strategies. [2]

The Garage/blue section of the map has been entirely rearranged, with 1F Convenience Store, Compressor Room, Gear Store and Beer Fridge being combined to form 1F Bike Repair and 1F Mechanic Shop. 1F Garage and 2F Garage Lounge have been shrunk down, with a ladder connecting the two areas together. The Garage Stairs are still present. The window looking into 2F Office has been removed, and there are boxes on the 2F Garage Stairs that lead onto the 2F Office soft walls facing the stairs. 2F Electrical Room is removed, being taken up by 2F Office Supplies, which now has two soft walls: one facing the outside, and the other facing towards 2F Garage Lounge. The door into 2F Party Room to 2F Office is gone, and the material of the soft walls leading into 2F Party Room and 2F Office is changed to wood instead of plaster. There are soft walls looking above the 1F Restaurant Stairs. To accommodate for the merging of the old 1F Compressor Room and Gear Sore sites, 1F Mechanic Shop shares a bombsite with 1F Kitchen.

The Restaurant/green section of the map has seen the least amount of changes, with 1F Restaurant being split into two rooms: 1F Restaurant and 1F Shark. 1F Kitchen remains the same, as well as 2F Mechanical Bull and 2F Mezzanine. The EXT Terrace that was outside on the old Outback has been made internal, connecting 2F Mezzanine to 2F Piano Room, as well as 2F Games Room via destructible walls to the south west. As mentioned previously, 1F Kitchen now shares a bombsites with 1F Mechanic Shop.

The Motel/yellow section of the map has seen some changes made to it. The closet that was previously in 1F Bushranger Room/Red Bedroom has been moved over to 1F Nature Room/Green Bedroom. The stairs leading into 2F Piano Room is gone, being replaced by the new Closet and a hatch from 2F Piano Room that leads into the new Closet. The door that was on the south side of 1F Bushranger Room has been moved to the west, and the northwest soft wall has been shrunk as well. The wall that connects 1F Red Bedroom and 1F Green Bedroom is entirely destructible, and the connecting 1F Bathroom has been made much cleaner and easier to see through. 2F Dorms has been made more square-like, and has a destructible wall leading to the outside to the south. The 2F Motel Hallway was changed to be bordering the north instead of between 2F Laundry and 2F Showers. 2F Games Room now has a window to the south, and there is a balcony and a new window to the north facing the 2F Motel Hallway. The bomb that was previously in 2F Games Room has been moved to 2F Piano Room instead. 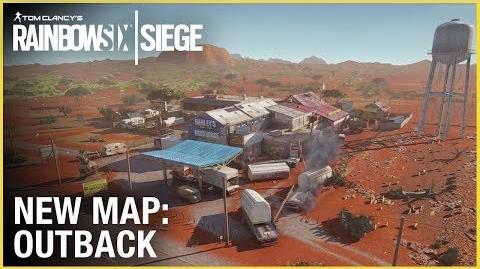