Start a Wiki
watch 02:45
The Loop (Games)
Do you like this video?
Not to be confused with the mission in Raven Shield, Operation Shattered Glass.

Bug the telephone and computer

John Clark - Vargas has probably heard about the Import/Export company by now, and if he's got half a brain in his head he's not going to come home. I'm gambling that he's going to want to talk to somebody there, though, and that's where you come in, Domingo. This one's a solo mission and you're going in with only a pistol. You need to get in, bug the place, and get out. We need to hear what Vargas is saying and we need to see what he's been doing on his computer. Once we have that, we can turn this thing around.

John Clark - Things are getting uglier everywhere, but that accountant you rescued gives us a little hope. He's been giving us everything we want on Vargas and more, and he's already tipped us off to a potential storage site for more nerve gas ingredients. You heard me right - the barrels in the warehouse were full of a precursor for VX Gas, which is not something we want Vargas to get his hands on. And with relations between the US and the Saudis getting worse by the minute, the last thing we need is a nerve gas attack. It would be too easy for someone to use that as a way to tip this thing into war. 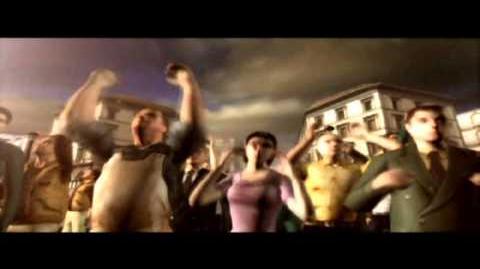 Tom Clancy's Rainbow Six 3 Penthouse
Add a photo to this gallery
Retrieved from "https://rainbowsix.fandom.com/wiki/Penthouse_(Rainbow_Six_3)?oldid=64944"
Community content is available under CC-BY-SA unless otherwise noted.