A Protean is a powerful Archæan that has mutated to resemble REACT Operators and mimic their abilities. 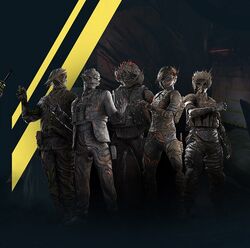 Proteans act as the Defenders in the Containment event and are tasked with protecting Nests. Proteans are stronger and move quicker than the Attackers. Each Protean has 650 points of health and is capable of using Oryx's Remah Dash as well as Aruni's ability to punch large holes into walls. Proteans are unable to utilize any or abilities or equipment but may use a sharpened piece of biomass as a blade for melee attacks.

Five playable Protean variants are available to play, each only differing aesthetically from on another. 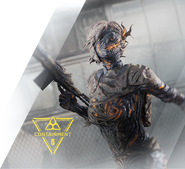 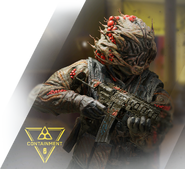 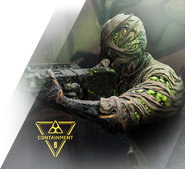 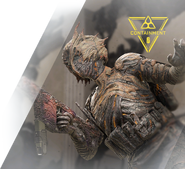 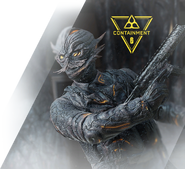 "Proteans are motile variants that have adopted the form of REACT Operators, and sometimes have the ability to mimic Operator behavior. Respect engagement protocols and exercise extreme caution in their presence."
— Site description

Proteans are enemies that appear in Tom Clancy's Rainbow Six Extraction. Appearing in the deepest level of a containment zone known as the "Singularity". Protean variants mimic the appearances and abilities of REACT Operators. They feature a large pool of heal and can deal massive amounts of damage to players.