Rainbow Exogenous Analysis & Containment Team, or simply REACT, is a division of Team Rainbow that was established to combat the Chimera Parasite in the late 2010s. It is a faction featured in Tom Clancy's Rainbow Six Extraction.

Following the emergence of the Chimera Parasite in Truth or Consequences, New Mexico in early 2018, questions were raised about the handling of future threats. The formation of a specialized task force dedicated to containing possible similar dangers was discussed during meetings with the NATO Committee in Chiefs of Defense and G20 summits. Momentum weakened despite expert testimony and ongoing T or C quarantine.

Governments and the international scientific community began to openly understate the New Mexico outbreak as ".. an isolated incident."

Reality and proximity of continued Chimera threat was confirmed by an independent investigation. Dr. Elena María "Mira" Álvarez discovered a similar strain of Parasite within Tunguska meteorite. Global consensus followed and the Rainbow Exogenous Analysis and Containment Team (REACT) was formed immediately after the Archæan Sprawl started to appear all of a sudden.

REACT is the world foremost scientific research organization as part of Rainbow Military Research Branch. It consists of top scientists, engineers and technicians and Rainbow Operators who are suited and recommended fully for the new Threat. It is fully backed and funded by an international coalition appointed by NATO. Its purpose: to contain and assess exogenous threats to the known world, and study them for the advancement of science and the human race.

REACT is divided into 6 Branches :-

With the new Archæan Threat, REACT operators had to improvise and upgrade their equipment and gadgets. With access to new state-of-the-art cutting edge experimental technology, REACT Tech gives REACT Operators an edge over The Archæan's by increasing their survival rate in the field and giving them more options to achieve their objectives on the field. 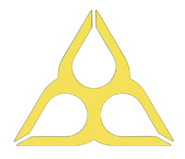