View source
watch 02:30
Dead Cells Final DLC - The Loop
Do you like this video?
Play Sound

The SR-25 (Stoner Rifle-25) is a semi-automatic sniper rifle manufactured by Knight's Armament Company that chambers the 7.62x51mm NATO round. It was designed by Eugene Stoner, who also designed the AR-10 rifle and its successor, the AR-15.

There is another variant of the SR-25 that appears in the Rainbow Six universe.

The SR-25 is categorized as a sniper rifle and marksman rifle in the Rainbow Six universe.

The SR-25 is a weapon featured in Tom Clancy's Rainbow Six 3: Raven Shield that was introduced in the Iron Wrath expansion.

Based on the proven M16 design and chambered for 7.62 NATO rounds, the SR-25 packs a devastating punch in a small package. The SR-25 has powerful stopping power and can drop targets with ease.

The SR-25 SD is a weapon featured in Tom Clancy's Rainbow Six: Vegas 2. The weapon is fitted with a non-removable suppressor. 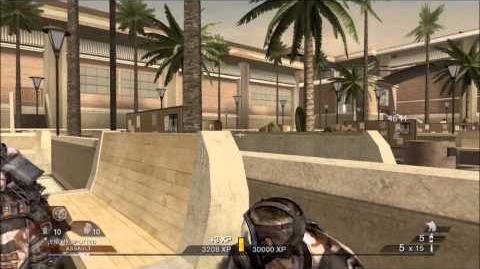 The SR-25 is a marksman rifle featured in Tom Clancy's Rainbow Six Siege, introduced in the Operation Dust Line expansion. It is available for use by Blackbeard and Flores.