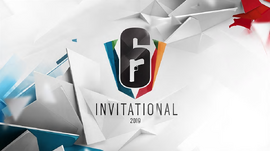 The event also saw the release of The Hammer and the Scalpel cinematic short on February 16th and the announcement of the Operation Phantom Sight expansion on February 17th.

The Group Stage was held from February 11th to 14th. The sixteen teams were divided into four groups of four in a double elimination bracket. Teams played best of three matches, with the top two teams of each group qualifying for the playoffs.

The Grand Final was held on February 17th following the reveal of the Year 4 roadmap, Operation Phantom Sight, and an All Star exhibition match. Unlike the Quarter or Semi Finals, the two remaining teams played best of five matches. With 0-3, the championship was won by G2 Esports.