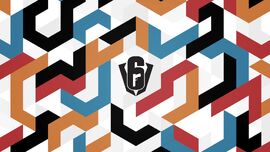 The Six Invitational 2021 is the upcoming Tom Clancy's Rainbow Six Siege championship tournament for the 2020 esports season. The fifth iteration of the Six Invitational, it was scheduled to take place from February 19th, 2021 to February 21st, 2021. On Fenruary 4th, 2021, Ubisoft announced that the event would be postponed indefinitely due to logistical challenges associated with France's border closure to all non-EU citizens as a result of the COVID-19 Pandemic.[1]

The prize pool will be made up of 30% of revenue from the Operation Neon Dawn Six Invitational 2021 Battle Pass. The pool will be capped at a maximum of $3 million USD with any additional proceeds being used to improve esports in Year 6.[2][3]

As with previous Six Invitationals, certain items will be available through a Twitch Drop event, where watching the Six Invitational 2021 event earn viewers exclusive items in the game. Charms are unlocked for watching for a specific number of accumulated hours during certain timeframes, and a bundle was randomly awarded to steamers and viewers. The event will feature four phases of Twitch drops starting January 21st and ending on February 21st. During each of the four phases, a new drop will be available.[5]