"Perched on top of Skyscraper in Nagoya, Japan, you will explore refined works of Japanese architecture inside a dangerous mansion. Be prepared for vertiginous rappels in the haze of the morning sun, where modernity and tradition meet."
— Ubisoft Description[1]

Skyscraper is a map featured in Tom Clancy's Rainbow Six Siege that was introduced in the Operation Red Crow expansion.

The map is set to be reworked in the Tom Clancy's Rainbow Six Siege: Year 5 Season 4 expansion. 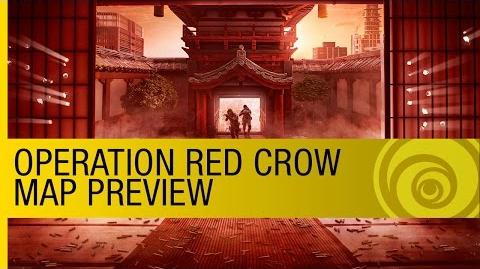 Skyscraper as it appears in Tom Clancy's Elite Squad.
Add a photo to this gallery

Retrieved from "https://rainbowsix.fandom.com/wiki/Skyscraper_(Siege)?oldid=77668"
Community content is available under CC-BY-SA unless otherwise noted.