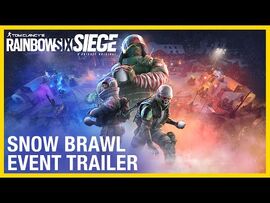 "Welcome to the first ever Rainbow International Snowball Fight! We’ve got some tight competition on our teams, with only the best from each nation selected to participate. The Blue Blades and The Orange Blizzards have been gearing up all season for this wintry match. Two teams of elite players with unique skills going head-to-head, who will come out on top and who will get a face full of snow? This is going to be one serious game ladies and gentlemen. Watch out for those snowballs, but don’t forget to have fun. Welcome to Snow Brawl!"
— Event Description

Snow Brawl was a limited timed event in Tom Clancy's Rainbow Six Siege that was introduced during the High Calibre expansion. It was available from December 14th, 2021 to January 4th, 2022.[1]

The Capture The Flag gamemode takes place on a Christmas themed version of Chalet. Attackers and Defenders are known as the Orange Blizzards and Blue Blades respecively.

The first gamemode to feature the ability to respawn, the objective of Snow Brawl is capture the flag. Flags are located at the home base of each team on opposite sides of the backyard on Chalet. The goal it to capture the opposing team's flag and bring it back to their home base to score a point. Flag holders can release the flag at any point or will drop them upon death. Dropped flags may then be returned to the owners base if picked up and brought to them. The team with the most points at the end of the timer will be declared the winner. Should both teams be tied, the game will go into overtime and the first to score in sudden death will win.

Both teams are equipped with an ultimied amount of snowballs as their main weapon while the Snowblast Launcher serves as the secondary weapon. Recieving three hits from a snowball will cause a player freeze and become a snowman before respawning. The Snowblast Launcher is equipped with one round which will knock opposing players to the ground and give an opportunity to strike them with snowballs before they recover. The map also features boosts on the map to grant special abilities. Boosts include: Running speed, Rate of fire, Air jab ammo, and Health packs.

All players are awarded a free Alpha Pack for logging in for the first time during the event. Afterwards, packs are obtained through completing Ubisoft Connect challenges or by purchase. Alpha Packs may be purchased with Renown alongside R6 Credits. 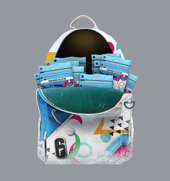 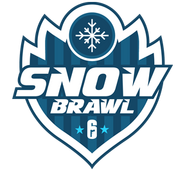