South Africa is the first mission in the PC version of Tom Clancy's Rainbow Six: Lockdown. Its console counterpart is Operation: Deadline.

Onsite coordinator: John Clark
Civil unrest in Pretoria, South Africa. South African President, Yared Mbelu, and aide were taken hostage. Intel located the hostages inside the vault of a local bank. Rescue both hostages and escort them to extraction zone.

Fighting has erupted in the South African capital city of Pretoria. NATO peacekeeping troops have arrived to help restore order but they aren't equipped to help with this problem. The South African president, Yared Mbelu has been kidnapped. Intel believes he's being held by an unknown number of armed gunmen in a bank in the city's financial district along with one other hostage, his aide Patrick Adams. Your orders are to move into the city, locate the hostages, and extract them. Bill Molloy will keep his Blackhawk in the area and he'll meet you outside the bank after you've rescued the hostages. 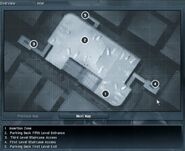 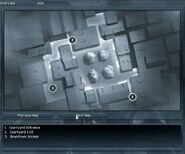 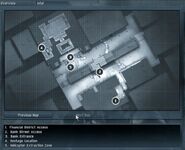