Edit
watch 02:56
Raise a Floppa - The Loop
Do you like this video?
Play Sound
This page has a Codex Entry.

"If you don't notice their traps, you'll notice the blinding effect. Watch your step."
— Site description

Sowers are Tier 2 enemies that appear in Tom Clancy's Rainbow Six Extraction. They are capable of planting a trap which will produce a blinding effect if activated.

The Sower is primarily quadrupedal in its movements. While capable of close-quarters combat, the Sower prefers to evade threats when possible. This is due to the Sower's primary function being to spread the parasite by producing a glowing mass of Chimera material which they disgorge on the ground. This mass contains high-energy abd glowing Sprawl material. It will detonate when organisms other than Archaeans are within close proximity, resulting in a blinding flash of light similar to a mine.

As with other Archaeans, the Sower will howl when it detects a threat. Afterwards, it will tend to retreat. This behavior is a ruse, however, as the Sower will attempt to lead threats to nearby Archaeans. When cornered, a Sower will charge and will use its heavily armored carapace head to attack. While its head is heavily resistant to damage, a Sower's underbelly is susceptible to damage and will become exposed while they are disgourging mass.

Sowers are common enemies within Incursions. They will constantly plant "Sower Mines" aroumd areas which will blind players for a few seconds if they get too close. This effect can be deadly when rushed at by other enemies. Mines can be detected with Drones and IQ's Spectre at Operator level 2. They can be destroyed with one bullet, explosives, or with the REACT Laser. Ela and Zofia are resilient to the blinding effects of Sower Mines.

If alerted, Sowers will notify nearby enemies before retreating. It is advised not to pursue them as they will lead players toward other enemies. If cornered, a Sower will start charging at the player. A Sower's head is heavily resistant to damage which can prove to be problematic when it is charging. Its weak point is located on its stomach. Sowers will use their head or keep their bodies low to the ground to protect their weak point but will leave it exposed when planting mines. 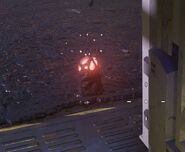 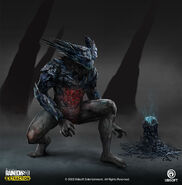