"Dampens a weapon's sound at the cost of weapon damage."
— In-game description

The Suppressor is a weapon attachment featured in Tom Clancy's Rainbow Six Siege. It greatly reduces the sound emitted from a weapon when fired. Due to the importance of listening to one's surroundings to determine the location of the enemy, the suppressor is extremely valuable in masking the player's location as a result. This can be useful in dispatching lone enemies in Training Grounds or multiplayer as well as destroying surveillance cameras. The largest drawback of the attachment is that it will reduce a weapon's damage by nearly 15%, requiring more shots in order to obtain a kill.

Missed bullets fired from a suppressed weapon do not trigger a white threat indicator, nor will they create smoke trails. If a shot lands on a target they will experience no indicators telling them where the shot came from. While a normal weapon can be heard from across the map in the open, a suppressed weapon can only be heard from 30 meters away. The Suppressor hides the muzzle flash of weapons better than a Flash Hider does, but cannot bring any recoil benefits.

Almost every in-game weapon can be equipped with Suppressor, but not as much. However, there are exceptions.

According to the in-game stats, the suppressor is supposed to reduce the baseline damage for each weapon by 15%, rounded down to the nearest full point of damage. 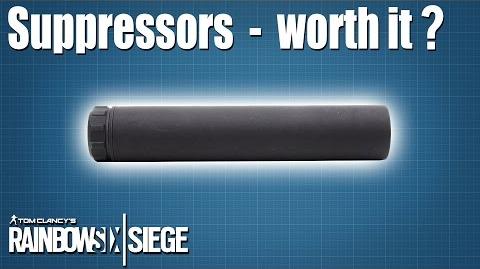 Suppressors, are they worth using? - Rainbow Six - Siege 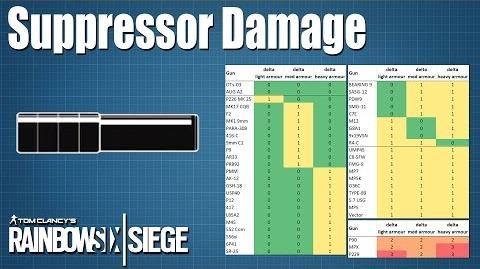 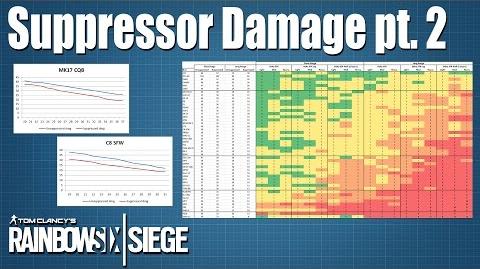 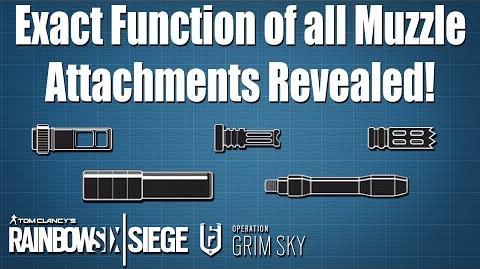 What exactly do the Muzzle Attachments do? - Rainbow Six Siege