In August 2003, one of the biggest drug trafficking operations in South Korea with about 550 kilograms of ecstasy is foiled due to an anonymous tip provided to the South Korean police.

Suk-won Kim, a Zainichi also known by his Japanese name "Yasuo" was the anonymous informant of this drug operation. Kim was once a professional hitman of Japan's largest Yakuza organization Ikeshita-gumi and is largely credited with the Ikeshita-gumi's victory in the war against Yamaguchi-gumi in July.

Suk-won Kim is framed by the second-in-command (Wakagashira) of Ikeshita-gumi, Takao, because Kim poses a threat to Takao's current position. After Kim is exiled, he wants to exact revenge on his former organization. He contacts Takahashi, a former colleague and also an old orphanage buddy, and asks him to gather information on Ikeshita-gumi. Takahashi goes alone to Chuncheon, his mother's hometown, and keeps contact with Kim.

Meanwhile, after the failure of an extensive drug smuggling operation in South Korea, Ikeshita-gumi hires ATX, a Palestinian terrorist group led by Hamad who have suffered from financial problems since they lost support from the governments of Syria and Iran. Ten days later, they also deploy Takao with SasamotoIkeshita-gumi's head hitman, and about 100 other hitmen.

As Ikeshita-gumi's hired guns, ATX capture Colonel Smith of the USFK and several South Korean employees as hostages in Doosan Tower, Seoul. At the same time, the ecstasy shipment that had to originally be transported from the Busan District Prosecutor's Office to the National Intelligence Service bunker is carjacked by Ikeshita-gumi's hitmen, killing five and injuring ten. Rainbow is summoned by South Korean officials to be deployed to South Korea for the rescue operation of Colonel Smith, and to conduct a joint operation with a Special Response Team (SRT; 비상대책반) including elites from the South Korean national police, South Korean military, and the NIS. Further missions after the Doosan Tower's hostage situation continue to be placed under RAINBOW's leadership. Rainbow later reveals the connection between Ikeshita-gumi and ATX from intelligence founded in Ikeshita-gumi's hideout in South Korea. Colonel Smith is later discovered, locked up in a hideout and under guard with some ATX members.

A few months later, Rainbow and SRT receive an additional tip from Kim and resolve another Ikeshita-gumi drug retrieval plan in Incheon and save the hostages. Still, remnants of ATX and Hamad cause another incident in COEX using a stolen identity from already murdered employees of United Medicine Company. After ATX and Hamed have been neutralized, the case of ATX and Colonel Smith is officially closed. John Clark decides to remain in South Korea until the Ikeshita-gumi's terror threat has been completely removed.

Rainbow and SRT take notice of Tae-ho Choi (최태호), a South Korean antiques dealer of Insa-dong in Seoul who is suspected of being a local organizer of Ikeshita-gumi. They infiltrate Choi's villa in North Gyeongsang Province to install a bug for surveillance. After they get the information of his extraction, Choi is surrounded in Insa-dong with Takao and his hitmen and take some citizens hostage. Soon Choi, Takao and his henchmen are all neutralized except for Sasamoto.

Ikeshita-gumi finally discovers that Kim was the anonymous informant was and they use his friend Takahashi to lure him to Children Hall in Chuncheon. Kim decides to escape the NIS safehouse and go for his friend while Rainbow and a Special Response Team also arrive at Children Hall to rescue both. However, Kim has been kidnapped and Takahashi is already dead at the scene. Just before dying, Takahashi leaves a note asking about entrusting his own family and an E-mail account which is used for contacting Kim. Meanwhile, intelligence discovers a bank record that reveals Choi sent his money to a company which specializes in tourist submarines.

Rainbow and SRT finally bring all the pieces of the puzzle together. A joint team is dispatched to the Gadeokdo Lighthouse under the control of the Ikeshita-gumi. They neutralize all the Yakuzas including Sasamoto, rescue Kim and shut down the Ikeshita-gumi's drug smuggling operation in South Korea for good. 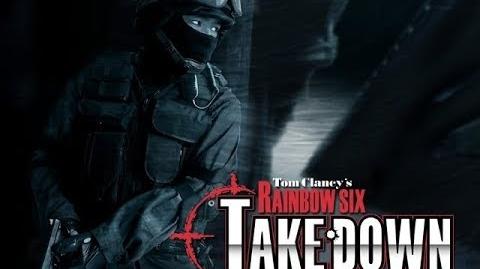