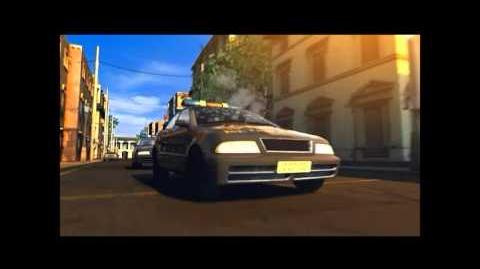 After Rainbow foiled Nikola Gospić and Alvaro Gutierrez's plans to jumpstart a global fascism movement, various governments and counter-terrorist organizations began to dismantle the remainder of the People's Social Nationalist Party. On August 22th, 2007, the Bulgarian government managed to corner the last remaining terrorist cell to Sofia City in Bulgaria. Several members of the cell were able to escape local authorities to St. Kliment Ohridski University and took hostages. Rainbow managed to rescue the hostages and finally put an end to the PSNP.

The terrorists revealed during interrogations that they were in negotiations to join a new group of well armed nuclear opportunists. This new terrorist organization kidnapped a number of Bulgarian nuclear scientists and forced several of them to assist in breaking into the largest Bulgarian nuclear reactor in Kozloduy, Bulgaria on August 30th. While the reactor was decommissioned two years prior, the government never finished disposing of the remaining uranium fuel. At the request of the Bulgarian government, Rainbow was able to stop the terrorists and prevented the theft of the largest pile of fissionable materials in the country.

On September 16th, Rainbow Intel was able to track the location of three of the nuclear scientists to a secret training facility in Mirola, Poland. With the help of Rainbow, the Polish authorities shut down the site. Evidence at the site revealed that the terrorists are smuggling the kidnapped scientists out of the docks in Constanta, Romania. The scientists would then shipped to various countries to work on illegal nuclear projects. With this newfound information, Rainbow was able to stop the human trafficking operation on September 29th.

On October 17th, Rainbow Intel tracked the last of the kidnapped Bulgarian scientists to a safe house in Sevastopol City, Ukraine. Rainbow was able to infiltrate the safe house and escort the two scientists to safety. The scientists informed Rainbow that the terrorists are actually local muscle hired by ex-Spetsnaz officers to kidnap the Bulgarian scientists and steal nuclear fuel. They also revealed that the former officers intended use the scientists to build nuclear weapons and sell them to the highest bidder. With the terrorists now cut off from the supplies and expertise from Bulgaria, they are now making their own nuclear fuel and bombs. On November 14th, the terrorists attempted to steal raw material from an old Soviet nuclear materials storage facility in Pavlograd, Ukraine and set up timed explosives to cover their escape. Rainbow quickly entered the site and prevented the bombs from detonating.

On December 1st, the last remnants of the ex-Spetnaz terrorist organization were traced to the disued Vorkuta military installation in West Siberia. The terrorists became aware that they had been compromised and were preparing to abandon the site with their equipment for making nuclear devices. Rainbow was able to prevent their escape, eliminated the remaining terrorists, and captured their leader. The leader was then turned over to the Russian government for his crimes.

Iron Wrath features seven story missions and eleven custom missions, three of which have been taken from past installments. Like the base game, each can also be played in the Terrorist Hunt and Hostage Rescue gamemodes.

Iron Wrath features eight multiplayer maps. Like the base game, all campaign missions can also be played in multiplayer.