While heavily inspired by Tom Clancy's Rainbow Six Siege, it is not a direct port of the game and will incorporate aspects of the entire franchise.[2] Like Siege, the game emphasizes cooperation between players and environmental destruction.

Tom Clancy's Rainbow Six Mobile offers similar gameplay mechanics as Tom Clancy's Rainbow Six Siege. Matches are played in a 5v5 manner between Attackers and Defenders with each player only receiving one life per round. Players have access to several Operators that have been featured in other installments of the franchise. Only one Operator may be chosen from each specialty per round and cannot be changed until the round is over. Each Operator features a selection of different weapons, abilities, and equipment. These aspects emphasize communication between teammates when planning assaults or establishing defenses.

Both sides start each round with a preparation phase. Attackers have access to a Drone to survey environments and locate enemies and objectives. Defenders have the ability to fortify their location by setting up Reinforced Walls and Barricades around an area, deploying unique abilities to help defend the area.

The game recreates the destruction system from Siege, enabling players to break structures by planting explosives on them or to make bullet holes on walls. The environments of the game feature a layered material system, in which environmental objects of different materials show different reactions to player's attack. A bullet penetration system is featured in which bullets deal less damage when they hit enemies through structures. This creates an ever-changing environment on the map, making it vital for players to be aware of their surroundings and work together.

The game features a currently character-based system in the form of Operators. Ten Operators are currently available and have been taken directly from Siege. Players may only choose one Operator per round. Additionally, once an Operator is chosen, it will be locked out from being chosen by other players. There are two types of Operators: Attackers and Defenders. As their name implies, Attacking and Defending Operators feature unique skills and gadgets that are specialized for their respective role. While Operator retain their unique abilities from Siege, several have been slightly modified to optimize them mobile platforms.

Operators are unlocked through an in-game currency which is obtained through gameplay. Players can try out unowned Operators to give them a better understanding of that Operator before they commit to unlocking them. Each Operator features their own progression from gameplay which will unlock new loadouts and weapon attachments. The game also introduces Perks which will modify an Operator's default unique ability. Each Operator can equip up to three Perks which are also obtained through progression. The appearance of Operators and their weapons can be changed through a variety of available cosmetics.

Weapons perform in a similar manner as their counterparts in Siege but have been adjusted for mobile gameplay. Each Operator initially has access to a primary weapon, a secondary weapon, and a gadget, and a unique ability. Each weapon and gadget are unique to a specific Operator and are obtained through progression with that Operator. Weapon performance may be customized through the use of weapon attachments.

The game currently features two gamemodes: Secure Area and Bomb. Gameplay for each mode is similar to their counterparts in Siege. Additional gamemodes will be added in the future. Matches are played in 5v5 settings and consist of one round to increase accessibility for new players. The game will also periodically feature limited-time events that feature specialized gamemodes.

The game currently features two known maps: Bank and Border. Both maps have been ported directly from Siege but have been slightly modified to optimize them for mobile platform. This includes changing destruction aspects on maps as well as removing ladders. 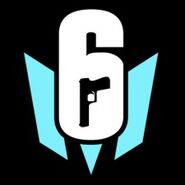