Demon Veil is the twenty-fourth expansion for Tom Clancy's Rainbow Six Siege. It introduces a new operator, a new map, and several other notable gameplay changes and reworks. 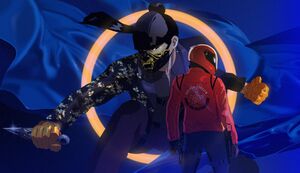 SEEKING TRUTH
In my line of work, failure means death. The failure was mine, so why am I still alive?

I would have given my life to save his. It would have been an honor. As a bodyguard, I have one goal-to protect the asset.

I knew there was risk. There always is. I should have trusted my instincts, kept him inside. Kept him safe.

I trained for this. I'm fast. Yet the bullet was faster.

To find those responsible, I'll need help from both Hibana and Rainbow. I failed in my duty and Masayuki Yahata paid the price. I won't fail again.

The expansion features its own Battle Pass. It was released on March 15th, 2022 and will be available until June 6th, 2022. It is composed of 100 tiers across a Free and Premium track. Each tier rewards players with exclusive customization items, Alpha Packs, currency packs, and boosters for a total of 135 rewards. The expansion also introduces Bravo Packs. Progression towards the Battle Pass can be earned in any PVP playlist.

and offers a 30% boost to Battle Pass Progression. A Pass Bundle can be purchased for 2670

and automatically unlocks the first 20 tiers. 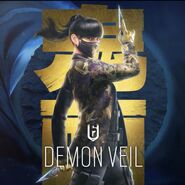 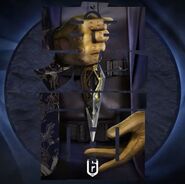 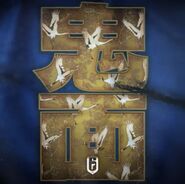