View source
watch 01:54
Arcane: League of Legends - The Loop
Do you like this video?
Play Sound

"If you ever need help, just look up."
— Expansion description

North Star is the twenty-first expansion for Tom Clancy's Rainbow Six Siege. It adds one new Operator from the STAR-NET Aviation. It also features a rework of Favela and numerous gameplay changes. 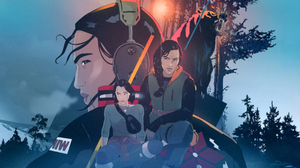 "Long dark nights are the perfect time to gaze at the stars. They ground us, guide us home, and remind us how vulnerable we are."

"The wilderness is beautiful but dangerous, even for the most seasoned adventurer. So that rescue call wasn't unexpected. I did what I could tokeep Nomad alive. The damage to my copter I could repair, her hand however..."

"My mother once told me 'You can find out many things about yourself, alone in the dark.' "

"The last thing I expected to find was a friend."

The expansion features its own Battle Pass. It is composed of 100 tiers across a free and premium track. Each tier rewards players with exclusive customization items, Alpha Packs, currency packs, and boosters for a total of 135 rewards. Progression towards the Battle Pass can be earned in any playlist (excluding Training Grounds). It was released on June 14th, 2021 and will conclude on August 30th, 2021.