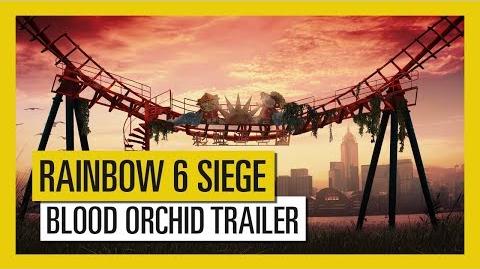 Operation Blood Orchid was the sixth free expansion to be released for Tom Clancy's Rainbow Six Siege[1], and the third expansion of Year Two. It was also the first expansion to add more than two Operators. The expansion added three new Operators (two from SDU, one from GROM) CTUs and the new map Theme Park.[2]

It was officially announced on August 11, 2017, released on August 29, 2017 for Technical Test Server participants, and Year Two Season Pass holders on September 5, 2017.[3] As with other expansions, all content released could be accessed one week earlier with ownership of its respective Season Pass.