John Clark - I hate to do this to you, guys, but we have an emergency situation. Loiselle and Weber are in trouble in Trieste, and you're the closest help available.

They were supposed to be running a recon mission parallel to yours, but our intel was faulty and they ran into heavier resistance than expected. It looks like the intelligence we received was a plant, and this whole operation was a setup, but that doesn't matter now.

Last time we heard from the team, they were finding a place to hole up and defend. That was a few minutes ago. Since then, we've lost radio contact.

Your objective is simple: go in there with Price and bring Loiselle and Weber back, on the double. Expect heavy resistance and keep your team intact. We don't have anyone else to send in after you.

John Clark - Good job. It's nice to see the team intact again. Intel will work on identifying those terrorists. It's clear they're not as isolated as we originally believed.

My gut says that their trial will lead us right to our other playmates, and I've got a nasty feeling we'll hear from them again soon.

Chavez and Price are searching for the missed squad 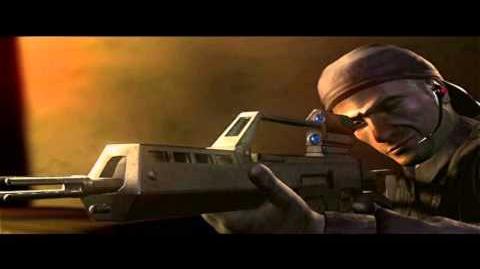 Tom Clancy's Rainbow Six 3 Trieste
Add a photo to this gallery
Retrieved from "https://rainbowsix.fandom.com/wiki/Trieste?oldid=64945"
Community content is available under CC-BY-SA unless otherwise noted.