Ubisoft Montreal is a Canadian video game developer and subsidiary of Ubisoft Entertainment, located in Montreal, Quebec, Canada. Ubisoft formed the studio in April 1997 after which it became well known for developing Tom Clancy's Splinter Cell and Prince of Persia: The Sands of Time. Since then it has grown to be one of the largest video game studios in the world.

In 1996, Ubisoft sought to expand the Company into more global markets. They wished to establish a studio in Quebec due to the ability to hire French-speaking employees to ease communication with Ubisoft headquarters in Montreuil, France. It would also have the added benefit of being in close proximity to the United States.

Lobbyist Sylvain Vaugeois, hearing that Ubisoft was searching for jobs, made several efforts to convince the government to incentivize Ubisoft to found a studio in Montreal. The Quebec and federal government ultimately succeeded in convincing Ubisoft after making an agreement to subsidize each new employee CA$25,000 for five years. Ubisoft formally established Ubisoft Montreal on April 25, 1997 with offices in the Peck Building in the Mile End neighbourhood along Saint-Laurent Boulevard.

The new studio began with 50 employees, half of which came from Ubisoft's Montreuil headquarters. As such, the studio suffered a lack in game development experience. The studio initially developed children's games based on existing IPs. With Ubisoft's acquisition of Red Storm Entertainment in 2000, Ubisoft Montreal was given the opportunity to develop games based on the Tom Clancy's novels. This ultimately resulted in the stuido's breakout title with the release of Tom Clancy's Splinter Cell in 2002. Following the acquisition and creation of new IPs, Ubisoft Montreal would go on to helm development on many titles in the Tom Clancy's, Prince of Persia, Assassin's Creed, Far Cry, and Watch Dogs series, with various Ubisoft studios assisting at times.

By 2005, the government of Quebec gave Ubisoft CA$5 million to expand with anticipation of reaching 2,000 employees by 2010. In 2007, with already 1,600 employees, the government increased to CA$19 million to reach 3,000 employees by 2013, which would make Ubisoft Montreal the world's largest game development studio. In 2013 Ubisoft acquired THQ Montreal and merged it into Ubisoft Montreal. As of 2017, the studio employees more than 3,500 people, making it one of the largest single studios in the world.

This list denotes games in the Tom Clancy's Rainbow Six Franchise that have been developed by Ubisoft Montreal. 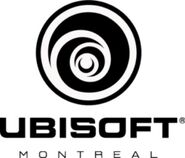 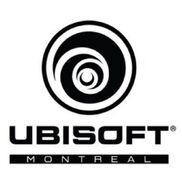