Start a Wiki
watch 02:38
The Loop (Games)
Do you like this video?
For the multiplayer map in Tom Clancy's Rainbow Six 3: Raven Shield, see University (Raven Shield).

University is the sixth mission in the PC version of Tom Clancy's Rainbow Six: Lockdown. Its console counterpart is Operation Ricochet.


The Revolutionary Brotherhood has been identified as the group that attacked Parliament. Members of the group escaped with more hostages before Rainbow arrived. The remaining hostages are being held inside the Scotland University building. Locate and extract the two remaining hostages.

Intel discovered the terrorists that attacked the Parliament building in Edinburgh are a part of the Revolutionary Brotherhood. Before we arrived on site, some of them attempted to escape. They took two hostages and left before we could secure the building. Local authorities have cornered the terrorists across town at Scotland University. Your orders are to locate the remaining hostages and escort them to safety. Chavez, you'll be taking Price, Raymond, and Yacoby. Rainbow Five out. 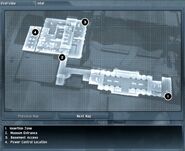 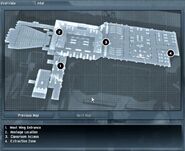 Retrieved from "https://rainbowsix.fandom.com/wiki/University_(Mission)?oldid=72525"
Community content is available under CC-BY-SA unless otherwise noted.