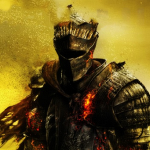 Hi. I am one of the b'crats you'll meet on this wiki. I'll be upfront and say that I'm rather prickly. I'm pretty impulsive, blunt and abrasive, and I'm very sure that I've pissed off a fair amount of people online due to my attitude. I will admit, I have issues and quite the temper - in many ways I've tried to curb both - but I don't mean any intentional harm. I'm pretty rubbish at communication, but I try to better myself in that regard as well, alongside making sure to confer that most edits are done in good faith.

Know, however, that my interests in this Wikia are to both expand and protect it. If you aid with this desire as well as deal with my rather prickly attitude, then you are more than welcome here. If you want to converse, it's either Message Walls or the Discussion app. The comments for pages are reserved for corrections and suggestions to improve said pages. I have little tolerance for discord on this side of FANDOM (the action, not the app). Those who attempt to do such will be dealt with accordingly.

According to 16Personalities, I'm The Virtuoso, or something along the lines of IXXP- with the X's being the parts where it varies- that follows the Strategy, Confident Indivdualism... Honestly, that would explain some things.

Things that will probably be deleted on this Site

Retrieved from "https://rainbowsix.fandom.com/wiki/User:KaiserofTheAzure?oldid=51114"
Community content is available under CC-BY-SA unless otherwise noted.