In early 2021, Chul Kyung faced off against Team Capitão as the defending team in the second match of the Six Invitational. Team Vigil ultimately lost the match due to a combination of Lesion being blown back as a result of Sanaa "Nomad" El Maktoub's airjabs and the rest of the team being too busy attacking Gilles "Montagne" Touré to stop Nomad from defusing the bomb. For the third match of the Six Invitational, Team Vigil faced off against Team Ash. Vigil was the last man standing on his team though he managed to eliminate four of the five enemy players. Unfortunately, he was ultimately eliminated by a exothermic charge by Jordan "Thermite" Trace. Faced with their second loss, Team Vigil was officially eliminated from the Invitational. Sam Fisher followed Chul Kyung back to the locker room to speak with him about the loss. Chul Kyung told Fisher that they did their best but Team Ash did better. While praising him for his efforts, Fisher asked Chul Kyung if he had taken the Invitational seriously enough. Chul Kyung stated that he was taking it as serious as a game of "cops and robbers"; that if had he not treated it like a simulation there would be blood on his hands. Fisher stated that they had tried to make it as real as possible and suggested that he should improve his suspension of disbelief for next year. Chul Kyung told Fisher to be careful what he wished for as it would mean Mozzie might be "sent back to Australia in a box". Fisher said that he couldn't tell if he was joking or not, only for Chul Kyung to say that his point still stands. 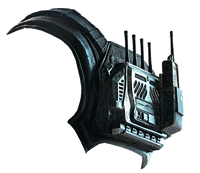 Vigil armed with a K1A 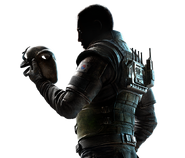 Concept Art for Vigil in the Neon Dawn Story Trailer 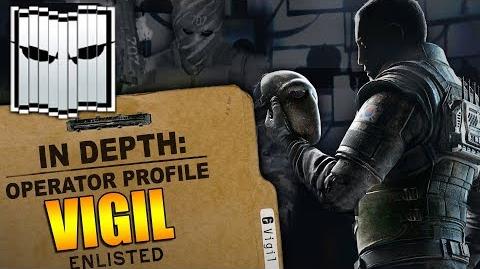