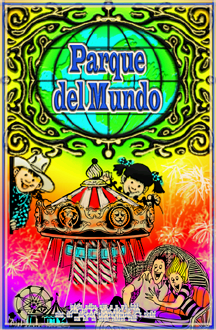 World Park (Spanish: Parque del Mundo) is a massive amusement park located at 765 acres outside of Barcelona, Spain. It is owned and operated by the WPA Consortium, a group of investors from Saudi Arabia, Oman, and Qatar. World Park first opened in 1996 and became an instant success. The park is frequently visited by more than fifty thousand guests and is noted to typically earn ten million dollars in cash alone each day.

World Park appears in the Rainbow Six novel and its video game adaptation, Tom Clancy's Rainbow Six in the mission, Operation Ghost Dance. The multiplayer map based on the mission is called Water Ride.

Modeled off of its counterpart in Flordia, the park was built in Spain rather than France due to the hotter climate that allows full-year-round operations. The main street is composed of three thoroughfares, each adapted to three separate national themes.

The park is organized into three major zones devoted to Northern Europe, Southern Europe and the New World. Most of the attractions are custom built in Switzerland and are dedicated to the specific countries located in each zone. The park also has a Science World section which features a moonwalk attraction that was noted to have impressed NASA, an underwater walkthrough mega-aquarium, and pavilions for every major industry in Europe. One such attraction is by Airbus Industrie which allows children and adults to pilot simulated versions of it's aircraft.

Like other major amusement parks, World Park has underground system of tunnels and passage ways that allow the park's support service to operate unnoticed. This includes allowing cast members to change into costumes, eat lunches, and traveling to different areas of the park when needed with ease.

The park features a circular railroad of standard gauges and uses two real locomotives to transport guests. The success of the park has also sparked discussions to extend the railroad to the international airport, which was upgraded by the Spanish authorities to support the park.

The park is surrounded by large, comfortable parked-owned hotels which are designed for three different levels of expense. These hotels were built on white-sand beaches and offer a variety of activities such as pools, a casino, or access to two existing golf courses. Three more golf courses were under construction, one of which would be part of the European Professional Tour.

World Park employs twenty-eight thousand full-time and ten thousand part-time employees at the park and the surrounding hotels, golf courses and casino. The park also has its own security that rivals that of city police departments. All new employees undergo training at "World Park University" before starting their positions.

Within Northern Europe lies the park's castle which is made of real stones and resembles a 12th century medieval castle. The castle's tall tower features executive offices such as that of the park's operations director, Mike Dennis.

In 1999, French terrorists loyal to Carlos The Jackal took a group of children hostage at the park and threatened to kill them unless their patron was released from prison. Rainbow was deployed to the location and stopped the terrorists. Unfortunately, a terminally-ill Dutch girl was executed by a terrorist during the incident. 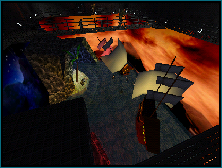 Neo-Marxist terrorists took over the Pirate Adventure ride at the park and held several tourists hostage. Rainbow was deployed to the location and successfully neutralized the terrorists. Global Security, who had been contracted to protect the park, requested that the publicity about the incident be kept to a minimum as they did not want to compromise their contract to provide security at the 2000 Summer Olympics in Sydney, Australia the following month. The park management felt the same way and was successful in suppressing details of the incident to the media.

Retrieved from "https://rainbowsix.fandom.com/wiki/World_Park?oldid=70337"
Community content is available under CC-BY-SA unless otherwise noted.